An Event In Your Mouth 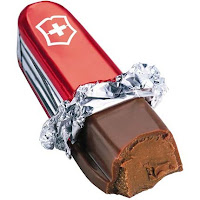 This is how the tour guide described eating Chocolate’s in Zurich – it is an event in your mouth.Â  After eating 20 Swiss franc’s worth, I agree.

This city is no friend to my wallet, but nonetheless her charm keeps getting me to spend more and more money on her in a courtship that I hope allows us to continue our affair, and maybe someday live together.Â  If there was ever a reason to learn four new languages, Zurich would be it.

I ride the public transportation back from the city center, which is one of the few reasonably priced purchases available to visitors.Â  I am amused watching an indian baby in a stroller, who resembles a young Jason D’Mello, flirt with a blond swiss baby brought into the train and parked opposite to him. The blond girl is in a slightly more upscale ride, or whip, or whatever slang can be referred to baby vehicles.

At first, the Indian baby ignores the blond girl’s advances, and looks elsewhere while the swiss child makes motorboat noises and funny faces.Â  But soon the brown baby initiates a game of peek-a-boo, which get’s both babies in a uncontrollable burst of laughter.Â  The train itself resembles a playland, with what appears to be handcrafted wooden seats and yellow painted hand rails and has no plastic in sight.Â  The ride only lasts a few minutes, since one of the strollers is removed from the train, but the youngsters exhange a genuine goodbye from their new friendship that brings a little joy to the other passengers onboard.

The city is spotless and clean, priding itself on the ability to drink water out of any public fountain structure that most other cities are filled with coins from desperate wishes.Â  Money is not wasted in fountains here, financial privacy is valued immensely.Â  My friends and I brainstorm how this city can run so well with people paying less taxes.Â  We realize the savings they have from not having to fund a military, and other unique situations the Swiss are famous for.

Soon after filling my waterbottle, I enter the weirdest public bathroom I have seen.Â  With an efficient design and impeccible hygiene, The luxurious port-a-potty hosts an additional waste drop off for siringes.Â  This city apparently has acknowledged a drug culture and taken a proactive approach to deal with it to make other people’s lives more enjoyable. (Unless there is another reason why they would have a waste basket for needles in public)Â  I have yet to see a demand for this disposal, as there are very few poor people in public and no one that looks like a drug addict.Â  It is a nice change from the Venice Beach drug parafanalia that you can’t avoid.Â  But I am lead to believe that this subculture must exist, and the city has just found a solution.Â  It’s this attitude of the city that perhaps wins me over the most.

Outside of my fountain andÂ  bathroom experiences, I must note that the city puts a lot of trust in visitors.Â  They offer free bike rentals, with pickup and dropoff locations all around the city.Â  Its not rare to see nice, nonrental bikes without locks in public either.Â  On a Tuesday afternoon in May, citizens are lounging by the river and lake in their swimwear, jumping from bridges into the water and soaking in the sun while staring at the snow covered Alps in the landscape. Â  There is a woman’s only pool where ladies can sunbathe topless without insecurities, or so I am told.Â  But a few hundred meters away from this secluded area, woman sunbathe topless next to the lake anyway.Â  I discover that my day pass for public transport includes a free boat ride across the lake.Â  This is almost as cool as the ability to rent a bicycle for free.Â  I am no longer frustrated with paying $30 for a burrito.

My friends and I grab a beer a waterside cafeteria while a band provides a soundtrack forÂ  few dozen dancers at 3pm in the afternoon.Â  Not a single couple is under the age of 65, but their dance moves energize the band, with dips, spins, and even lifts while maintianing coordination that I did not know existed.Â  I keep wondering how they would react if a house beat suddenly came on, with the words “Put your hands up in the air, put your hands up in the air” or a “Rah-rah-ah-ah-ah Roma, Roma-ma, GaGa, ool la la Want your bad Romance.”Â  Even though these numbers never get played at this venue, it is refreshing to listen to music in Europe in absence of fro hawks, Jersey Shore look alikes, or simply away from men in tight jeans.

We have scheduled two amazing interviews in the upcoming days.Â  On Thursday we will take a train to Bern, the capital, to meet the Swiss Social Entrepreneurs of the year, Paolo Richter.Â  Tomorrow we have a meeting at 9am in Zurich with an entrepreneur who has helped keep kids away from clubs and parties by providing nightime sports events and facilities.

I am already feeling sad to leave this place,Â Â  The short romantic comedy on my train ride is like a poem carved into my memory with the precision of a Swiss knife and to the timing kept ofÂ  her watches.Â Â  I am drinking 200% more clean water here than anywhere else in Europe….and I have yet to take a sip of water and taste the awfulness of sparkling water, something that Europeans constantly try to slip to me to frustrate.Â  I have realized that all my preconceived opinions of this place from stereotypes were naive…..Except for how good the Chocolate is.Â  That is something that I can’t be neutral on.